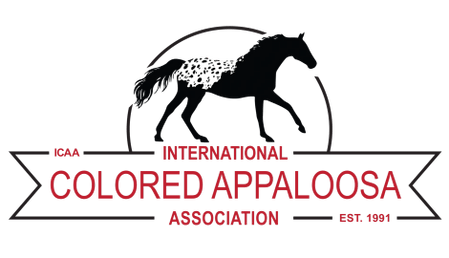 ​Article I - Name.  This will be the name of the regional, and it is suggested that the words "Colored Appaloosa" be    included in the name.

Article II - Purposes.  The purpose(s) of the regional should be listed here.

Article III - Period of Existence (Duration).  Most regionals should expect to be "perpetual (lasting forever)."

Article IV - Principle Office.  This section should give the mailing address and physical address of the "main office" of the regional.

Article V - Membership.  The classes and rights of each class of membership must be explained.

Article VI - Directors.  The number of directors on the board, the number required for a quorum, as well as the first directors, should be given here.

Article VII - Officers.  The officers of the regional association and their respective duties are to be detailed in this    section (President, Vice-President, Secretary and Treasurer at the least).

Article VIII - Statement of Property.  If the regional association is to own any property or assets, the reporting of such property to the membership on an annual basis should be treated here.

Article IX - Provisions for Regulation and Conduct of Affairs.  Rules for conducting the business of the regional, which are not covered elsewhere; and rules for the conduct and discipline of members officers, and    directors should be clearly set out in this section.

It is advisable that a second section briefly covering rules for association shows be included in a separate document from the bylaws, and that all members of a regional association are provided with copies of both the bylaws and the association's show rules.  Show rules do not have to be approved, but a copy of them should be filed with ICAA.  If there is enough interest for a regional youth association, a separate association for the youth is encouraged.  Youth associations are to be under the supervision of the regional board, but conducted by the youth for the purpose of developing future leaders not only for the regional, but for ICAA as well.  ICAA strongly believes in the promotion and encouragement of its youth members, for it will be their continued and vigilant protection of the colored Appaloosa that will insure this breed's survival.

When the bylaws/show rules draft is received by ICAA, the regional's name, purpose(s), and general tone of the bylaws will be approved, or, reasons for non-approval will be listed and returned to you.  Reasons for non-approval will need to be corrected before ICAA approval can be given.  Once approval is received, directors may hold their first board meeting as an ICAA affiliated regional association, elect officers, and solicit members. Each affiliate association will operate independently, so long as its bylaws are upheld and ICAA is notified annually (January 1st of each year) of current directors, current officers and current address of the principal office of the regional association.  If you have questions or problems drawing up bylaws for your regional association, or any other complications, please do not hesitate to contact us.  We, like you, want you and your regional to succeed, and we are here to assist you in any way we can.